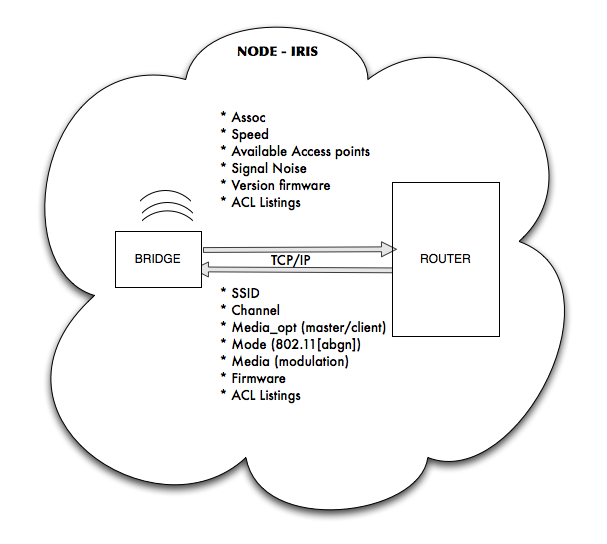 The nodes are FreeBSD routers with DNS (bind), lvrouted as a dynamic internal routing daemon, thttpd webserver and a python based captive portal based on pf and {tcpserver for the plain HTTP-redirects. Moreover there are some additions which are essential for large scale network monitoring such a nagios plugins and bandwith measurment tools (iperf).

Since 2009 we have revamped our nodes (a couple still left to be modified in 2015) and also built a lot of new ones. As of August 2014 the total number of iris nodes amounts to 103. We have chosen the following hardware configuration: